Project OKURASE is maintaining a quarter acre organic garden at the Nkabom Centre to provide training and seeds for village residents to implement and successfully maintain family gardens at their homes thus beginning the fight against malnutrition. It will also be a source of food for the Nkabom Centre programs. 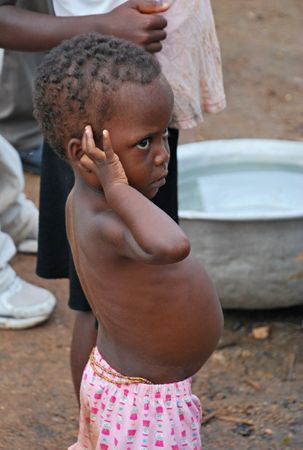 Okurase is a village of subsistence farming. Children and adults are experiencing malnourishment in large numbers. Low nutrition sets the stage for many disease processes or low capacity to fight disease, especially in young children.

Given that the majority of people in Okurase are farmers, there is a strong interest in replacing strong chemicals used in farming with organic methods.  In addition, there is an interest in expanding the foods grown in Okurase to include vegetables that will improve nutrition. 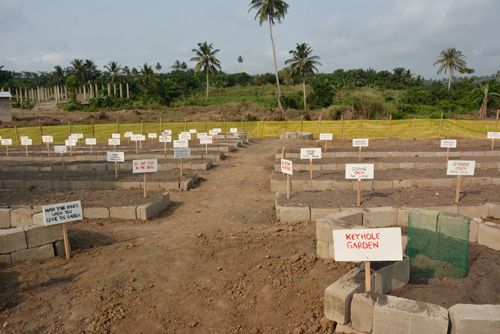 Out of this interest, the Nkabom Organic Garden Program was born. From 2014 to 2016, Okurase tended a community organic garden on the grounds where the Nkabom Centre is being built. We started with training on organic methods from an organization called Development in Gardening (DIG) and support from Baker Heirloom Seeds. The organic garden has produced locally known foods and those that have been largely unfamiliar to Okurase (such as squash and zucchini and beets). 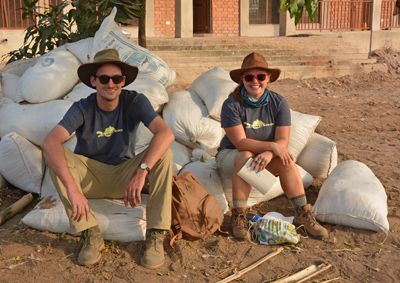 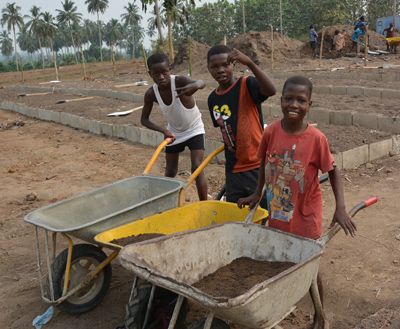 In January 2017, students from Miami Valley School of Dayton, Ohio joined with Project OKURASE, the local community and a farm educator from the Medical University of South Carolina's Urban Farm, Carmen Ketron, to create the new quarter-acre Nkabom Organic Garden. The garden features raised bed vegetable gardens, key-hole gardens, and a food forest. The garden will be the basis from which to teach organic gardening methods to the community and school children. The garden is a sister garden to the Medical University of South Carolina's Urban Farm.

As part of the garden, there is also a patio area for gatherings and a playground.

The benefits of the organic garden span across health and education. Growing vegetables and fruits allows us to feed children in our school and people in the community who are involved. In addition, use of organic methods replaces strong chemicals that are currently used in farms yielding healthier foods and land. With regard to education, the organic garden will be an education resource for the Montessori school and vocational school.  Children and adults will learn to farm organically as part of their curriculum and grow some of their own food.  Part of the produce will be sold and as such will help sustain the garden. 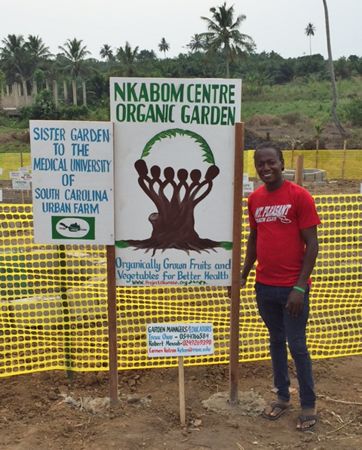 We would like to establish raised bed organic gardens in each of the 7 sub-communities in Okurase.  Towards these efforts, a village resident, Isaac Owu, came to the United States and completed training in raised bed organic gardening at the Medical University of South Carolina (MUSC) Urban Farm under the guidance of farm educator, Carmen Ketron. He and Mr. Brown, a local farmer, will manage the Nkabom Organic Garden.

We are also researching and creating an Implementation plan for the development of a Tilapia Farm at the Nkabom Centre to address children’s nutrition and in support of the Nkabom Sundrops Montessori program.

There are many ways to help. You can donate funds to support our garden work, non-GMO seeds for planting or come to Okurase and help work in the Nkabom Organic Garden.