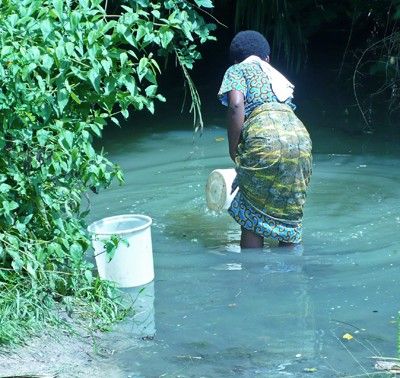 When Project OKURASE first began, there was no safe water source in the village. People by and large drank from polluted streams. People became sick from drinking the unsafe water and during the Harmattan (dry season) there was little to no water in the village at all. Children would have to miss school to help their families find water. From the beginning, bringing safe drinking water to the village has been a primary focus of Project OKURASE.

In 2014, Project OKURASE hired an organization from Charleston, South Carolina called Water Missions International to work with a Ghanaian engineer to develop a safe water system. Five wells were deep drilled before we found water. We hit an aquifer on our final attempt. Once a water supply was discovered, a pump was affixed to the well to pump water to the community Marketplace, which is central to the village. 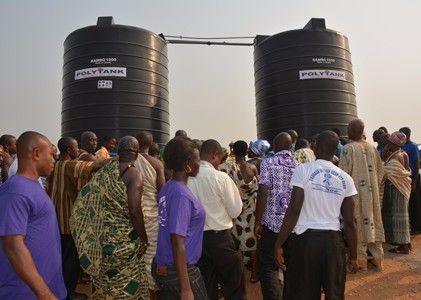 The community gave Project OKURASE the right to run pipes through the community and they got together to dig trenches and lay pipe for the water to flow through. Water was pumped to a tank and treated to make it clean and safe. Six taps were set up at the Marketplace for people to collect water. Then the  Amanda's Safe Water system began flowing safe water 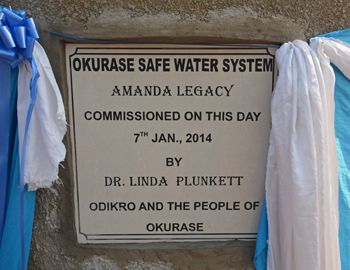 When Linda Plunkett’s daughter, Amanda, died of cancer at age 14, Linda used money that she had set aside to pay for Amanda’s college education to establish a fund at Coastal Community Foundation in honor of her daughter’s life and spirit. Since 1995 Amanda’s Fund has made grants to organizations and causes that embody the qualities that Amanda was known for--scholastic excellence, music and arts, and humanitarian efforts.

With Amanda's Safe Water in place and working, something wonderful has happened. During the dry season (the Harmattan), a time when no one usually has water at all, we are the only village in the area with water.  As such, People from as far as an hour away come to Okurase to buy water. To further facilitate water gathering, solar lights were installed at the Marketplace. Children can now gather water at night instead of missing school in the day to collect water by light.

A small fee is collected to pay someone to monitor the taps and to keep the pump and well maintained. Funds earned from water sales have been used to build a bath house near the Marketplace. A Supervisory Team has been established to care for Amanda's Safe Water. Any funds collected that are not used to maintain the system are being held for the next phase of the program. 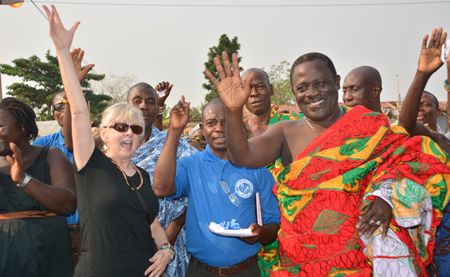 As part of Amanda's Safe Water Program, we have conducted WASH (water and sanitation hygiene) training with children in all 4 schools in the area. We trained the people involved in maintaining Amanda's Safe Water in WASH training and they carried it out in each of the sub-communities. We provided a water container for each household so that drinking water could be in a container with a lid to keep out contaminants. 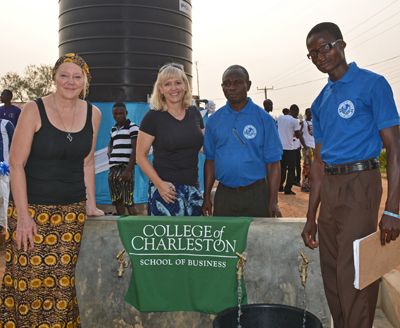 Project OKURASE will continue to participate on the Supervisory Team for Amanda's Legacy Safe Water to help ensure the system is maintained properly and the water is treated and safe. The next phase of Amanda's Safe Water Program will extend the water from the central marketplace out to the sub-communities. 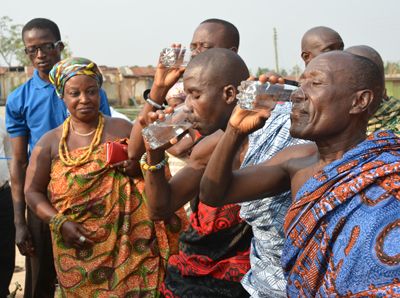 Extending the water out to the sub-communities will reduce the time and effort involved in getting water. The village residents will no longer have to carry the water for long distances. Reducing the distance to a water tap will reduce the burden on the body to carry heavy loads and will improved the health of the village residents. We see many patients each year that have back problems and waist pains from carrying water.

Currently we are raising funds for the second phase of Amanda's Safe Water Program. When the funds are available, we will be routing the water from the central treatment tanks out to the seven sub-communities to reduce the distance the families need to carry the water. Reducing this distance will not only give them back time to do other daily chores but it will reduce the medical issues we see every year at the Village Health Outreach related to waist pain and back pain from carrying heavy loads. 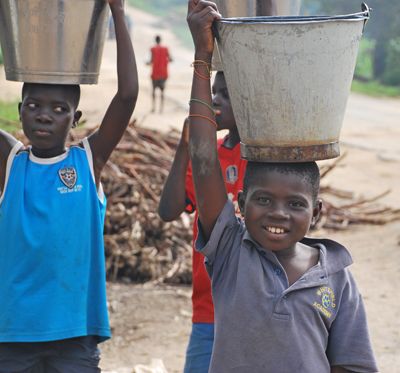 To donate to this program, just click here on donate and check the box for Amanda's Safe Water Program on the donation form. Thank you!