When Project OKURASE first began working in Okurase, there were basically no working toilets in the village. 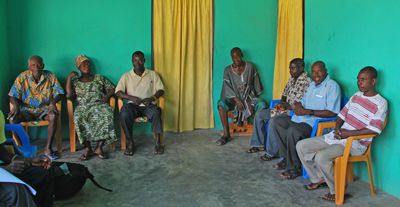 There was an area referred to as “a death trap”, logs over a deep hole. The lack of sanitation infrastructure meant that open defecation and flying toilets were common sanitation methods. Flying toilets are not specific to Okurase. They are seen round the world in low income countries. Poo is placed in a plastic/polybag and the bag is thrown in a direction away from the user. The health problems from such practice are immense. This and other refuse has created several mountains of rubbish, which spawns disease. The Village Chief and Elders of the Village and all residents are interested and committed to finding a solution to this key issue.

After an investigation of toilet systems innovations and toilets being used around the world in environments like Okurase, Project OKURASE and the Chief and Elders of Okurase decided to move forward with a biogas toilet system and see if it was the right sustainable solution for Okurase.Through a grant funded by the Center for Global Health at the Medical University of South Carolina, plans were made to install a biogas plant. This system would convert human waste to gas for cooking and bacteria free fertilizer for farming. Similar toilet systems like this had been built elsewhere in Ghana. We contracted with a Ghanaian biogas expert from Kwame Nkrumah University of Science and Technology, to build the biogas system in the Fantefum sub-community 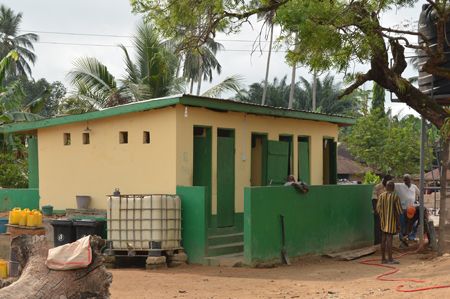 To produce sufficient waste for gas and organic fertilizer, we had to build 12 toilets. We also had to establish a water tank to support flushing. The village helped with the construction of the toilet building using local labor. The toilets started full use in April 2016. The Fantefum sub-community completed a community kitchen that will use the biogas in January, 2017. Importantly, a small fee to use the toilets helps with cleaning and maintenance and keeps the system sustainable. The completion of the biogas toilet system has created jobs for village residents.

The Biogas Toilet System has now begun to produce biogas for cooking and the community is deciding how they want to handle the bacteria free waste that could be used for fertilizer. We continue to troubleshoot and test the system. We will provide a summary of the pilot findings once the system is fully functional and we can complete our study. 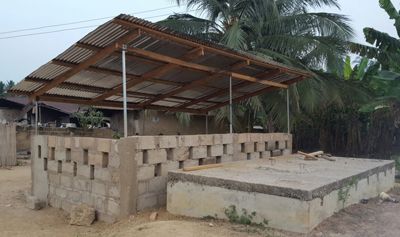 In our research interviews related to the biogas system, we have learned that village residents are very favorable towards the system. They report that open defecation has been eliminated in Fantefum.

We are at the stage of beginning to use the gas from the biogas system for cooking. Next, we will determine how to manage the organic fertilizer and evaluate the effectiveness and health impact.

To help with the use of green technology such as biogas as a toilet system, you can join us in the pursuit of funds to extend this system.